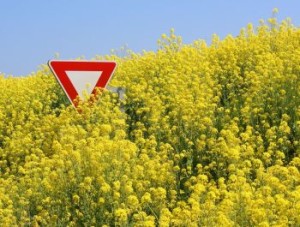 I guess it is no surprise that we have reached this point where so many foods on our supermarket shelves are just getting worse and worse. Almost all of them should have a label saying ‘Unfit for Human (or animal) Consumption’!

When you consider all the added ‘non-food’ chemicals; the artificial preservatives, colours & flavours, the processed ingredients and then you add the genetically altered foods that are also being added to these so-called foods, you can begin to realize the potential catastrophic threat to the survival of the human race.

Now that might sound dramatic, and clearly, as biological organisms we are able to stand a lot of ‘less than ideal’ foods and conditions, very few of these GMO and otherwise adulterated foods do damage that is immediately evident… Hence the insidious nature of this problem.

When it all boils down, the only way anything is going to change is if people start to ‘care’; they wake up and become educated and then vote with their wallets. It seems that it is primarily the ‘dollar’ that drives this whole movement… Companies whose only concern is their profit margins and who show what can only be described as contempt for human and animal health and well-being, are really only going to respond if it starts to hurt where they feel it most.

Personally, I don’t think I would require studies or any ‘proof’ that genetically modified ‘anything’ is not going to be good for you. Even if there were conclusive studies to support GMO foods as causing no harm whatsoever, I would still rather trust what has been proven through the ages, to not only be safe but to provide superior taste and nutrition… and that is using organic methods.

Organic methods in agriculture and food production, while initially appearing to be more labour intensive, more costs and perhaps more time intensive… are or should be the way of the future. No matter how much of that ‘future’ we have left. At least that is my opinion.

While it is becoming increasingly more difficult, to get back to producing food as close as possible to the way the Creator made things in the beginning, it just seems to be the most logical and common sense approach, and for me, that would be my goal. Working with nature and in accordance with God’s creation is always going to be a far better approach, than starting to genetically modify something that has already been proved to work just fine, so long as the natural laws are upheld and applied.

As time goes on the folly of modern farming methods are proving to be not just non-sustainable but damaging to our environment at large and to the health of animals and human kind.

A controversial 2 year study of the health effects of GMO corn sprayed with Roundup, the Seralini Study, showed, despite the results being ‘retracted’, enough evidence to cause some grave concerns…

And at the very least I would have to ask the question, would it not be better to err on the side of caution rather than just heading off down a path that is fraught with all sorts of problems and concerns?

I found a good article listing the top 10 worst GMO foods for you… It is definitely worth a read.

The foods listed include some of my personal favourite ‘foods’ to hate!

Here are my top 4 Danger Foods:

Check out the other’s listed… Some may surprise you.

How Do You Avoid GMO

Well… if you buy any sort of processed food via a supermarket, in fast-food outlets or even in a lot of restaurants then you are likely getting a large dose already, so that is the place to start.

This one thing will definitely cut down by a huge percentage your intake of GMO foods.

Don’t forget things like Breads and Dairy either, because breads most often contain way too many unnecessary additives and unhealthy fats including canola oils and Dairy is being sourced from animals that are being fed GMO foods, so we are getting the ‘effects’ second hand which might even be worse!

Don’t just take the ‘easy’ path… Make sure you educate yourself for the sake of your own and your family’s health.

There seems to be increasing threats that potentially will impact on our future and the future of our children. Changes in weather patterns, increasing natural disasters and growing social unrest are all things that contribute to concern and the need to be better prepared. The threat to our environment through the excessive use of chemicals combine with the contamination and abomination of our food supplies are also just as much, maybe even more of a concern.

Clearly, being prepared for emergencies is not just for the acute events but also for the more insidious and chronic damage that is being inflicted upon the planet and all that live on it! 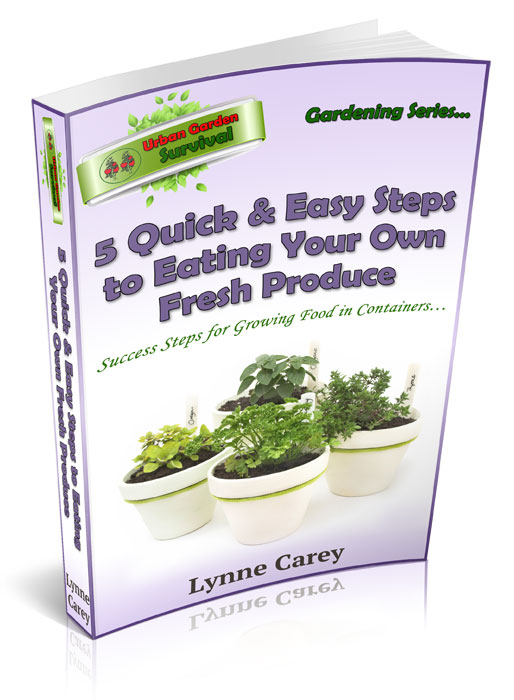 Just enter your best email below and you will then receive the download link.

Congratulations You have successfully subscribed! Your Free Gardening Guide download link should arrive in your inbox very shortly. Don't forget to check your spam folder in case it ended up in there by mistake.